The wonderful city of Helsingborg is so close to the Danish coastline that you can get there from Copenhagen or fly into Helsingborg itself or Malmo a neighbouring city which is a 45 minute drive away (and there are of course trains!). It is a truly wonderful place for a ceremony and all couples who go there to marry will love every second of their stay.

The ceremonies are held in the stunning Helsingborg town hall and are available six days a week  (availability depending and with certain exceptions). Witnesses are required, however we may be able to arrange these for you and you have to be there 15-20 minutes before the ceremony to show your id's to the registrar. 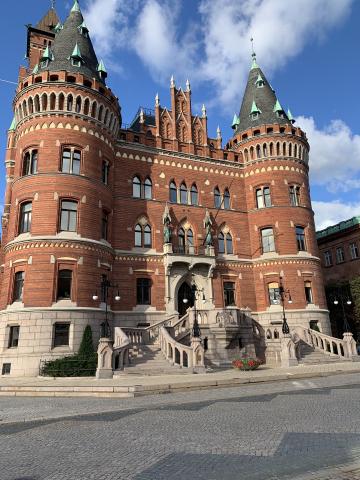 There is even a hotel literally right opposite the Helsingborg Town Hall that is a favourite for couples marrying, it is called the Clarion Grand Helsingborg, and you can see the hotel from the town all - and you can just cross the road to the Town Hall. So it is very handy for getting ready, getting dressed up, having hairdressers, flowers delivered, and a photographer to be with you on the preparation photos and then walking over with you to the Town Hall for the big moment!

Helsingborg It is the closest part of Sweden to Denmark, you can see it as it is only 4km's away over the Oresund and is easily accessible by 70 ferry crossings every day! The crossing takes 20 minutes and is used by commuters and tourists alike, many people who live in Malmo and Helsingborg work in Copenhagen.

There is so much to see and do whilst you are in Helsingborg for the wedding, and although you only have to arrive 5 minutes before your wedding to present the original documents - why don't you spend a few days and have a look at these amazing sights.

The castle of Karnan is a very famous landmark in Helsingborg it is a high tower behind the centre of the city. It was built with the Danes in the 1300's but after many a wars it was demolished in 1679 leaving only the tower to signify the Swedish win of the land. This then became an important landmark for seafarers to see. 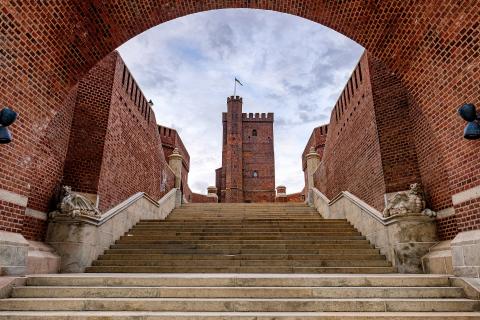 Helsingborg is a beautiful historical with many old buildings and it stunning scenic coastline, there are stone churches that can be dated over 600 years old and many medieval fortresses dotted over the coast lines reminding visitors of the battles and wars of the past. There have been people populating Helsingborg since 1085, and the trade of the crossing between Denmark and Sweden grew the city for many years. In the middle of the 19th Century Helsingborg was one of the fastest growing cities in Sweden and became very industrialised, in 1892 the train ferry port was opened linking Sweden and Denmark. 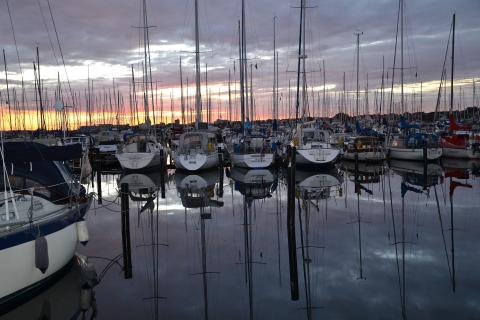 There is a wonderful waterfront area called Norra Hamnen, just west of the city centre. Built in 1891 and the opening was attended by King Oscar 11, it was a key shipping port up to the 1960's and from that point was revitalised and remodelled into the beautiful residential area that it is today, with bars and restaurants that line the waterfront it is a popular area in the evening and weekends.

The city centre is a wonderful mix of old and new there are big boulevards and small alleys ways. Kullagatan is the pedestrianised main shopping street that can keep you entertained for hours. 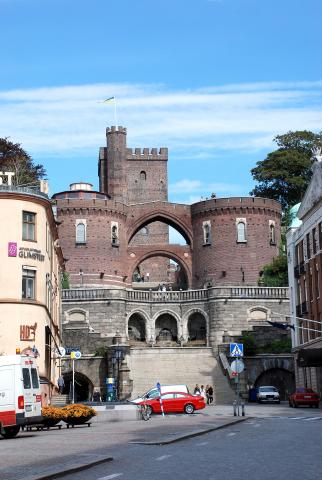 Helsingborg is cold! It has an oceanic climate, although the winters are typically mild compared to other parts of Sweden as it site in the south, in the winter it sits usually just above the zero line.