Getting Married in Denmark - Aabenraa

Document Presentation - The day of the ceremony

Timeframe between approval and appointment - Matter of days

And with same day document presentation and a short trip - you can be having breakfast at home in Germany, pop to Denmark to get married, and be home in time for tea!

Looking at it from the other way, it is 288km's from Copenhagen and it will take about 3h 12mins from the capital.  There is a train station in both Aabenraa and also Copenhagen - making travel there by train easy if you are looking for another fast venue option and are arriving into Copenhagen.

Where will I Marry?

You will marry in the gorgeous ceremony room in the beautiful town hall at Aabenraa, majestic and grand whilst being low key and dignified. The registrars and staff in Aabenraa are absolutely amazingly lovely people who will make you feel so special on your wedding day.

The History & Sights of the Area

Aabenraa is a direct translation of 'open beach', and from its kilometers of coast line you can see why!  Aabenraa was known as a merchants town and grew through its industry of the production of hops.  There is a large port in Aabenraa as it used to be a stopping point for lots of large cargo ships travelling across the Mediterranean.

Aabenraa is really a great location for a ceremony close to the German boarder, where you can have a ceremony really quickly after approval from the Danish Authorities. to USA and China.  This then lead to the town becoming a main ship building town that created a lot of employment and the local economy.

After the 1948 Danish spelling reform, which abolished the digraph Aa in favour of Å, there was fervent resistance in Aabenraa. The town feared, among other things, to lose its status as first in alphabetical listings, because the letter Å is the last letter in the Dano-Norwegian alphabet. A later revision of the spelling rules allowed for retaining the Aa spelling as an option. While the municipality of Aabenraa and most local citizens use the Aa spelling, Åbenrå remains the option recommended by the Danish Language Board

There are lots of museums and churches in Aabenraa there is so much to see and do that you will want to go back to celebrate all your anniversary's there!

There is a great selection of restaurants in Aabenraa, and certainly enough for every taste to be happy.  Our favourite (although it is not Danish cuisine is Restaurant Bind it is stunning, if you are wanting Danish food then restaurant Knapp is the place for you!

There are 41 hotels in the town, again showing that there is something for everyone!

Aabenraa is really a great location for a ceremony close to the German boarder, where you can have a ceremony really quickly after approval from the Danish Authorities. So you get married in Denmark quickly, cheaply, easily - what is not to love about this place!!

For any further information, please let us know! 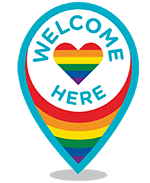